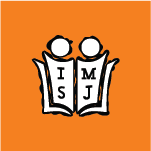 Resilience is a concept relating to a system’s ability to ‘bounce back’ from disturbance and can be conceptualised as the boundaries (or thresholds) around an equilibrium state. This paper traces the connection between ecological change and mental health, arguing that both are seeing increasing dysregulation. Climate change, as is occurring under ‘business-as-usual conditions’, is likely to breach the resilience of the Earth System (ES), tipping the world into ‘Hothouse Earth’. Equally, mental health, envisaged also using a resilience (or ‘Window of Tolerance’) framework, is affected by climate change – tipping people from a steady to dysregulated state of emotionality. These states are borne from both direct climate crisis and indirect ‘eco-anxieties’ emanating from the mere fact of impending climate change. Societally, our level of current dysregulation and dissociation can be seen from the way we treat the indigenous and natural world. Coping mechanisms like addictions or denial can be easy to seek out to soothe upset feelings, but this paper argues that  to truly re-regulate, true emotional expression of grief followed by mindful equipoise would be more desirable, both for healing ourselves and for healing the planet.

This work is licensed under a Creative Commons Attribution-NonCommercial-NoDerivatives 4.0 International License.

Authors retain copyright and grant IMSJ right of first publication with the work simultaneously licensed under a Creative Commons Attribution (CC-BY-NC ND) 4.0 License that allows others to share the work with an acknowledgment of the work’s authorship and initial publication in IMSJ.